Around The World: Basketball’s Globalism Is Here To Stay

The summer had been eventful, but exhausting for Milwaukee Bucks superstar Giannis Antetokounmpo. After leading the Bucks to their first NBA championship in over 50 years and taking home the Finals MVP award, he was on top of the basketball world, pulled in every direction by fans and media who all wanted a piece of the sport’s newest champion. But one destination always remained paramount: home.

As July drew to a close, Giannis, as well as his brother and teammate, Thanasis, made their yearly trek home to Sepolia, Greece, their hometown. This time they brought with them the ultimate prize, the Larry O’Brien trophy, a mark of the success they had enjoyed in the league across the pond. But no matter how well they fared in the NBA, they would never forget their years of sharpening with the Greek club Filathlitikos. And no matter how lucrative their American contracts became, they would never neglect their days of selling DVDs and watches from the time they were 6 years old just to help their family survive.

“We are happy to be back and that we could bring the trophy with us,” Giannis said amid his homecoming. “…We will take it with us to the places we grew up, to Sepolia and Zografou.”

The Antetokounmpos, Giannis specifically, are the latest in a growing list of foreign-born players to stamp their mark on the NBA. International players took home both the MVP and Finals MVP awards in 2021, with Serbian Nikola Jokic and Antetokounmpo both becoming just the fourth foreign players to win their respective awards. This wave of international success is unprecedented, but it was not without warning. For decades basketball has been growing as a global game, and with such rich results, there is no reason to believe it will slow down.

While the league today may be filled with more international influence than ever before, it would not be possible without the contributions of previous legends. From the Nigerian Hakeem Olajuwon, the first foreign MVP and Finals MVP, to Dirk Nowitzki, a smooth German forward who helped redefine the role of the modern big man, there have certainly been non-American titans of the game in the past. But never before have they been so omnipresent, populating the league plentifully and seamlessly, no longer seen as an abnormality.

As the 2021 season begins, there are 109 international players on rosters throughout the NBA, collectively originating from 39 different countries. With about 450 total players, this means nearly a quarter of the league, 24%, originate from somewhere outside the United States. This roughly matches the total that has been in place for several seasons, but what is truly notable is the increased variation from where players are hailing from. In years past, almost all of the NBA’s foreign player base stemmed from Europe, which also houses the second most competitive basketball league in the world, the EuroLeague.

But the league’s international breakdown has become more varied in recent years, with record numbers of Canadian and African players making their mark. Canadian R.J. Barrett was selected with the third overall pick in the 2019 Draft, just a few years after fellow Canuck Andrew Wiggins went with the top selection in 2014. Pascal Siakam, who hails from Cameroon, rose from the ranks of the NBA G-League to become an integral piece of the Toronto Raptors’ 2019 championship run, and Joel Embiid, also from Cameroon, finished second in MVP voting last season.

But what has caused this wave of foreign presence and dominance? Certainly much of it has to do with a greater rate of opportunity.

In 2001, the NBA founded Basketball Without Borders, a program designed to connect youths across the world to the game of basketball. It has continued to expand in outreach, and has helped produce many current players that may have otherwise never been aware of the sport. The program stages camps in a wide variety of locations across the world, and has churned out thousands of participants and 90 future NBA players, including 35 in the league today.

International presence in the NBA is also something of a self-fulfilling cycle. The more players that come from underrepresented sectors of the globe, the more those places will be given the opportunity they need to have potential talent unearthed. Both Siakam and Embiid got their starts at camps arranged by NBA veteran Luc Mbah a Moute– they served as preludes to the Basketball Without Borders program, and gave additional chances for children in Mbah a Moute’s native Cameroon to fall in love with the game, as he once had. It is an essential effort to prevent the tragedy of potentially great players never discovering the game, or the game never discovering them.

“Without that camp,” Embiid once asked, “how else does anyone find me?”

The perception of international players has also undergone a sizable shift in recent years, due in part to their undeniable success. For much of the NBA’s lifespan, foreign products have been seen as “soft” in comparison to those born and bred in the U.S.A., and using a coveted draft pick on such a player was viewed as an enormous risk. But with more and more overseas players proving their prowess on the court, the stigma surrounding them has greatly decreased, and thus they have been better poised to shine. 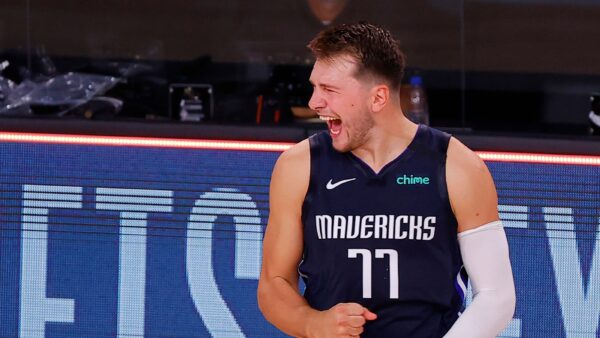 The player that was perhaps most affected by this basketball xenophobia is also the one who has done the most to deconstruct it: Dallas Mavericks star Luka Doncic. Leading up to the 2018 Draft, Doncic demonstrated many of the qualities NBA General Managers look for when selecting their next franchise cornerstone. He was a winner, leading his EuroLeague club, Real Madrid, to a championship in his final season. He had an innate understanding of the game, with shot creation and playmaking enough to earn him the EuroLeague MVP award. And he had done it all, as mentioned earlier, in the second highest level of basketball the world has to offer, a competitive standard superior to the NCAA ranks his fellow prospects were competing in.

Despite his jaw-dropping resume, Doncic was far from the consensus top pick in the draft. Disappointing foreign draftees of the past had cast an unflattering shadow on his potential, and many viewed Doncic as merely a bust waiting to materialize.

“He doesn’t pop athletically,” Colin Cowherd, host of The Herd critiqued. “….He doesn’t look special to me.”

“We tend to over-sensationalize European basketball,” Rashad Phillips, a college basketball analyst said in a pre-draft interview in which he also claimed Doncic had slow feet, and would not be a primary ball-handler at the NBA level.“There’s restrictions that cater to him [Doncic]. You can’t have nine Americans on the floor in Europe. There’s gonna be nine bred Americans on the floor 95% of the time in the NBA. That changes the dynamics of the game.”

In the end, the top two picks of the draft were used to select NCAA products (though the #1 selection, Deandre Ayton, was Bahamian) while Doncic fell to #3, where Dallas traded up to acquire him. Now in his fourth year in the NBA, Doncic has broken out to one of the best starts to a career that the league has ever seen. In his first season, he took home Rookie of the Year honors, and in his second and third he was selected to the All-NBA First Team, reserved for the five best players at their position in the league. His preparedness has been evident from the start, with the basketball community first asking “Is Doncic the best 19-year old player in NBA history?” followed by a 20-year old adaptation of the same question, and so on.

Whether or not Doncic is the most dominant young star ever is open for debate, but his status as an elite player is not. He has surpassed every expectation, disproven every detractor. Perhaps the only people more grateful than the Mavericks front office are other prospects following Doncic’s path.

A combined 7 international players have been selected in the top 10 of the 3 drafts since 2018, including 3 that played overseas prior to their selection. Among them were Frenchman Killian Hayes (7th overall) and Israeli Deni Avdija (9th overall) in 2020, the highest drafted players from their respective nations in league history. There will only continue to be more players like them, born outside the epicenter of the basketball world but still provided the means to access it and achieve what they have always dreamt of. Having more talented international players in the league is a symbiotic relationship, benefitting both the athletes that are provided new opportunities and the NBA teams and fans that receive the privilege of watching them play.

The international floodgates have been opened for professional basketball, and the subsequent outpour of talent ensures they will not be closing any time soon. For anyone who enjoys watching the game played at a high level, that is a good thing. With every foreign player that enters the league, the basketball community grows ever larger, making the game the greatest version of itself.