Luka Doncic’s Coronation Will Have To Delay– For Now

At 22 years old, the average person is just beginning to embark on the complex journey of life. Where they will end up and what they will accomplish is a beautiful mystery, with a wonderful answer that only the future holds.

But Luka Doncic is starkly different. In all likelihood, the next fifteen years will see him continue the craft he has been perfecting since his earliest days, and the one he has been performing professionally since 16: basketball. The only uncertainty is just how dominant the young Slovenian can become, and where he will stand in the hallowed halls of the game’s legends once his career has drawn to a close.

This year’s first-round playoff series against the Los Angeles Clippers appeared to be the final step in a carefully planned coronation that has been in the making since Doncic first suited up for Real Madrid. Everything else had fallen perfectly into place– Doncic was drafted high, third overall to be exact. His dominant first season earned him the Rookie of the Year award. By Year 2, he had taken the necessary star leap, claiming a coveted spot on the All-NBA First team. The only goal remaining before Doncic could be bona fide basketball royalty was success in the ultimate arena, a deep playoff run to show that his regular season supremacy could hold up when the lights were brightest.

The latter half of the condition has come to fruition, with Doncic’s playoff performance even surpassing the level of his typical play, but in two postseason appearances, his Dallas Mavericks have bowed out in the first round twice, both to the same team. Again, this has certainly been no fault of Doncic’s. With averages of 31 and 34 PPG in 2020 and 2021, respectively, the blooming superstar has done all he can to advance his team to the Conference semis. But reviews of NBA history often lack sympathy or context, and Doncic’s first two playoff outings will likely be labeled as nothing more than failures.

Thus arrives the first snag in a rampant takeover that has flowed along silkily to this point. 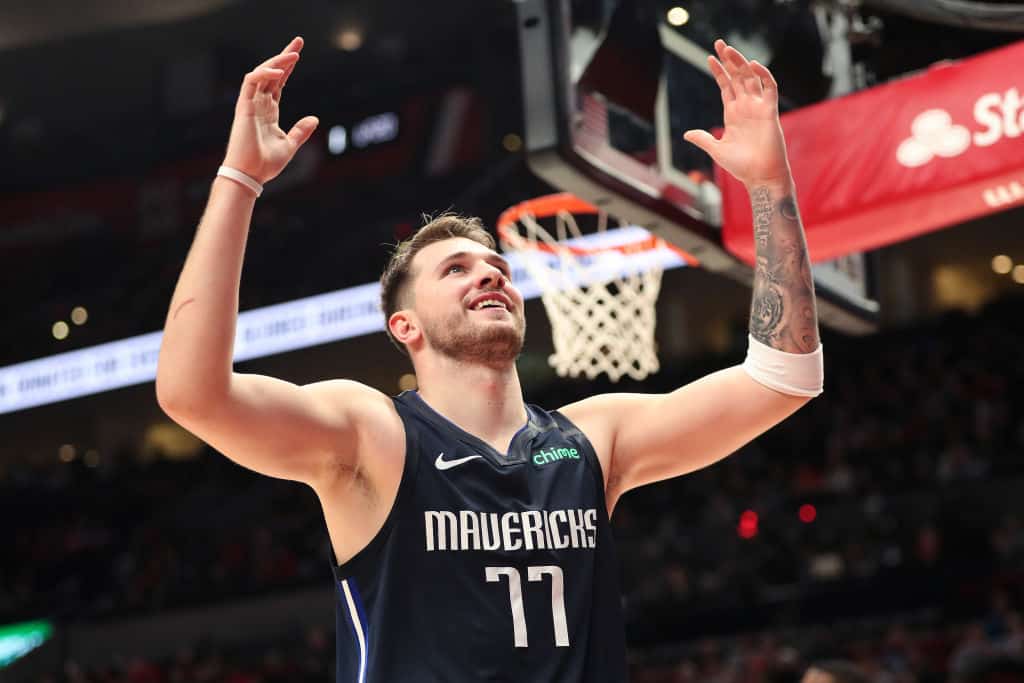 There are a myriad of factors that have contributed to Dallas’s early demise, nearly all of which are out of Doncic’s control. His European co-star, Kristaps Porzgingis, was subpar in the 2021 bout and played in just 3 games of the 2020 iteration. The Mavericks defense has struggled to contain Kawhi Leonard in both series (though that problem is one shared by almost every NBA club). And throughout both matchups, the overall team around Doncic has seemed to lack the punching power necessary to compete in the playoffs, especially against a team with championship aspirations like the Clippers.

Whether or not these early shortcomings will interrupt Doncic’s long-term ascension is yet to be seen, though there is sufficient evidence to suggest that it will not. Plenty of greats have been forced to toil in the preliminary rounds of the postseason early in their careers before earning a role on the biggest stage. Michael Jordan’s Eastern Conference failures, Wilt Chamberlain’s unsolvable Bill Russell problem, and Dirk Nowitzki’s mid-2000s follies come to mind. With any luck, Doncic will have his own version of a breakthrough 3-peat, 1967 triumph, or 2011 redemption story. But it will have to wait– for now.

Over the course of his whirlwind career thus far, the basketball world has become infatuated with Doncic, and for good reason. There have been few young stars throughout the sport’s history that rival Doncic’s dominance. His level of play has placed him on a pedestal with the league’s most elite, and his playoff production has been no different.

But postseason victories are how NBA kings are truly crowned, and to this point, Doncic’s supporting cast have prevented the crown from being lowered upon his head. For a player whose rise to the top has been so meteoric and unstoppable, even this temporary stoppage seems eternal. Only time will tell just when the final phase in Doncic’s coronation will be complete.

However, if what he has displayed thus far is any indication, we will not have to wait for long.